Who we are - our company

"A World 4.0 requires a new attitude and the belief that added value is based on mutual acceptance and esteem."

Interview with Hannes Goth about values and visions

Mr. Goth, why do you put a strong focus on values as a company?
We are often engaged in change processes. In such situations we have to be very mindful with ourselves, but also with our clients. Changes and empowerment of teams or entire companies can, in addition to day-to-day business, lead to excessive demands that need to be recognized in order to successfully accompany our clients. In order to enable people to act with lasting effect, it is indispensable that we have exchanged and really understood the values that are relevant to each individual – this is the way how trust can develop.

Can you explain this in more detail?
With pleasure. Our goal is to empower people and create a “Make-Me-Better” culture. In these moments of change / empowerment, personal or non-goal-oriented strategies that have established themselves in the companies pop up. We do not shy away from showing a clear line in order to question these former approaches and to introduce new and solution-oriented strategies. In order to be allowed to reveal such behavioral patterns of our clients and to create a lasting effect, it requires the trust and necessary honesty mentioned above.

What happens in processes if these values are not present?
If we cannot work on the basis of honesty and openness, we do not accept the mandate or even stop a project. A common basis of values creates a strong foundation for working with joy on and within a company. If this basis is not given, further development and lasting success stand on shaky feet and we are sure that in such cases there are competitors who are better suited for a client of this kind.

How do you live these values at Polymundo?
We live these values very consistently, because we select not only our mandates but also our employees according to them. In order to constantly grow ourselves, we expand our knowledge database almost daily and expect to give each other constructive feedback after every appointment. The questions that push us are: “How can we further increase the added value for our employees / mandates? “How can we ourselves as our clients grow beyond our limits?

Thank you very much for these explanations, Mr. Goth. In conclusion, can you explain your corporate culture to us in one sentence?
*laughs* Yes, we create lasting added value through mutual acceptance and esteem – Exponential Empowerment Evolution! 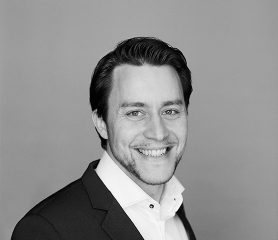 Hannes Goth is a board member and co-founder of Polymundo AG. In this function he accompanies, coaches and trains (top) executives of SMEs and international corporations. In some cases he takes over GM mandates on an interim basis. His area of expertise is modern leadership / leadership 4.0.

Before his current activities, Hannes Goth gained several years of management experience as an interim manager in SMEs as well as in Sales and Human Resources departments in the international retail sector. During this time he worked in the USA, France and Germany.

Through a constant development, he has built up the theoretical input in addition to the practical application. This includes a Master of Business Administration (GGS), the training as a certified trainer and coach (ICA) as well as his Bachelor degree in International Management (University of Flensburg). 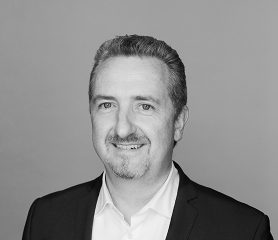 Prof. Dr. Christopher Stehr is co-founder of Polymundo AG and Deputy Chairman of the Supervisory Board. Since October 2010 he has been Professor of International Management at the German Graduate School in Heilbronn, where his responsibilities include international study trips. He is the author of numerous books and lectures on the topics: Corporate Social Responsibility (CSR), globalisation of medium-sized businesses and the BRICS countries.

He studied political science and business administration at the University of Munich. During his studies he worked in the marketing department of a bank and as a management consultant. At that time he completed his own coaching training and has since accompanied numerous people on their way to their individual path.

He then received a full scholarship from the German-Japanese Academic Burse of the University of Ulm with the objective of conducting interdisciplinary and intercultural research on population development and globalization.

He then moved to the Research Institute for Applied Knowledge Processing at the University of Ulm. There, he led third-party funded projects on the topic of globalization and simultaneously completed his doctorate at Freie Universität Berlin.

He then accepted a post-doctoral position at the Institute for Corporate Planning, Faculty of Mathematics and Economics, University of Ulm, until 2009.

From March 2009 to September 2010 he was Professor of International Business and Intercultural Management at the Karlshochschule International University in Karlsruhe. 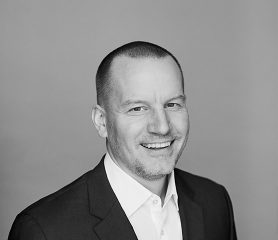 Olaf Zimmermann is co-founder of Polymundo AG and chairman of the supervisory board. He is particularly interested in building bridges between owners and top management as well as between managers and employees in companies. For many years, he has been a competent sparring partner for the topics of leadership, management and controlling.

He completed his basic legal studies at the University of Cologne before he began training as a craftsman in his parents’ company and graduated as a master goldsmith. This was followed by part-time studies in business administration in Lahr and Stuttgart.

He grew up in his parental company discussing management issues and worked in the management of a service company alongside his training and studies.

His professional path led him into nationally and internationally active medium-sized companies. As CFO he passionately combined the classic areas of accounting and administration with strategy, employee as organisational development.

Olaf Zimmermann is an entrepreneur, management consultant, supervisory and advisory board member and regularly gives speeches, lectures and seminars at universities and in companies on the subjects of “leadership” and “management” – when he is not on the road with his family to all kinds of sporting activities.

Superbold is a design agency for extraordinary requests. Is the project too complex? Are the ideas out of the reach of other agencies? Then Superbold is the right partner for you.